Bank of Sharjah was established in 1973 as the first commercial bank in Sharjah and the fifth in the UAE. Since its inception, the Bank has played a key role in the economic growth of the Emirate of Sharjah in particular, and the growth of the United Arab Emirates in general.

Bank of Sharjah is a financial institution listed on the Abu Dhabi Securities Exchange and headquartered in Sharjah. The Bank has a strong presence in the UAE and Lebanon through its subsidiary Emirates Lebanon Bank S.A.L..

Over the years, Bank of Sharjah's unwavering commitment to its core values has reflected on all its banking operations, creating a strong legacy of excellence.

The Bank offers a wide range of services to companies and individuals that include, but are not limited to, industry, trade, education, and services sector among others, as well as private banking and wealth management.

The Bank's journey over the decades reflects its ability to establish a sustainable strategy to keep abreast of economic and social developments. The Bank’s active role has contributed to the socio-economic growth of the country that has become an oasis of stability and a major attraction for global investments in the Middle East.

Bank of Sharjah looks forward to continuing to provide outstanding financial services that are associated with its reputation and track record, which amounts to
"Your Partner in Progress".

Bank of Sharjah is incorporated by an Emiri decree issued by His Highness Sheikh Dr. Sultan bin Mohammed Al Qasimi, with the late Mubarak Al- Hassawi as Chairman.

Bank of Sharjah starts its operations.

Opening of the headquarters in Al Burj Avenue.

Bank of Sharjah Shares are listed on the Abu Dhabi Securities Exchange.

Bank of Sharjah issues 500 million convertible bonds at a nominal value of AED 1, and a conversion premium of AED 2, maturing on 17 March 2008.
The Central Bank approves the increase of foreign shareholding from 20% to 30%.

Opening of Al Ain branch.
Bank of Sharjah finalizes the purchase of the license of Banque de la Bekaa SAL in Lebanon.

Bank of Sharjah acquires the assets of BNPI in Lebanon and Banque de la Bekaa is renamed Emirates Lebanon Bank SAL.
Bank of Sharjah is selected by The Banker Magazine – FT Business as the "Mergers & Acquisitions; Deal of the Year" in the Middle East.
The bonds are converted to shares and the Bank’s capital stands at AED 2.1 billion. 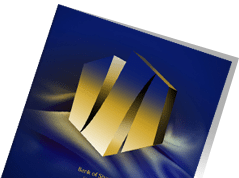